It's time to start your tomatoes. I seeded mine to the heated tray on Sunday, the 14th of April. The heating mat thermostat is set at 85 degrees and I covered the tray to preserve humidity. 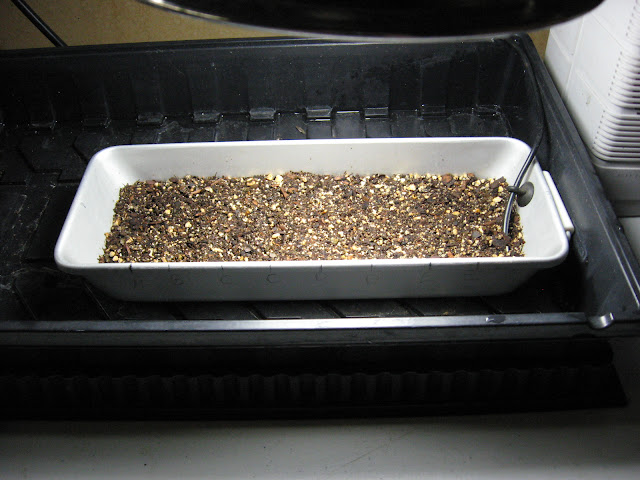 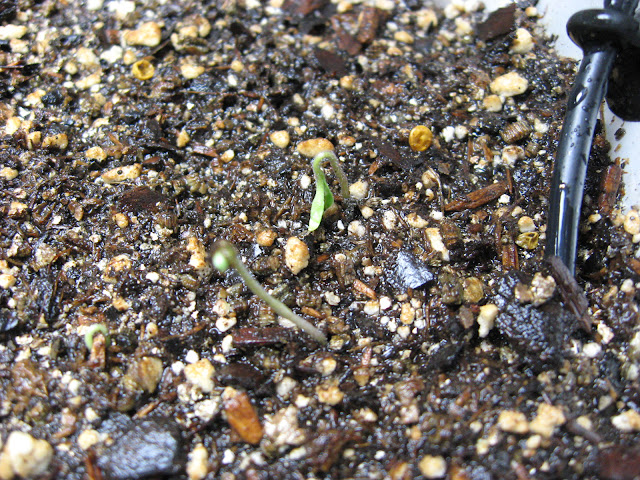 After reviewing my past garden logs and assessing the performance of the transplanted tomatoes, I've set a rule of thumb for planting time as April 15th. It is an easy date to remember given it's the deadline for tax filing. I've started tomatoes earlier but those years I had mature plants before the weather had settled enough to plant them outside. It's a lot better to have tomatoes that need to catch up rather than root bound leggy plants that you need to "trench" into the garden. Here in Minnesota you can plan on waiting until after Memorial Day to safely plant tomatoes and peppers outside. ﻿
I've also seeded to a tray Borage, Okra, Flowering Kale, and Beets. This is the first time I've tried to start all of these inside.
Posted by JohnT at 1:21 PM